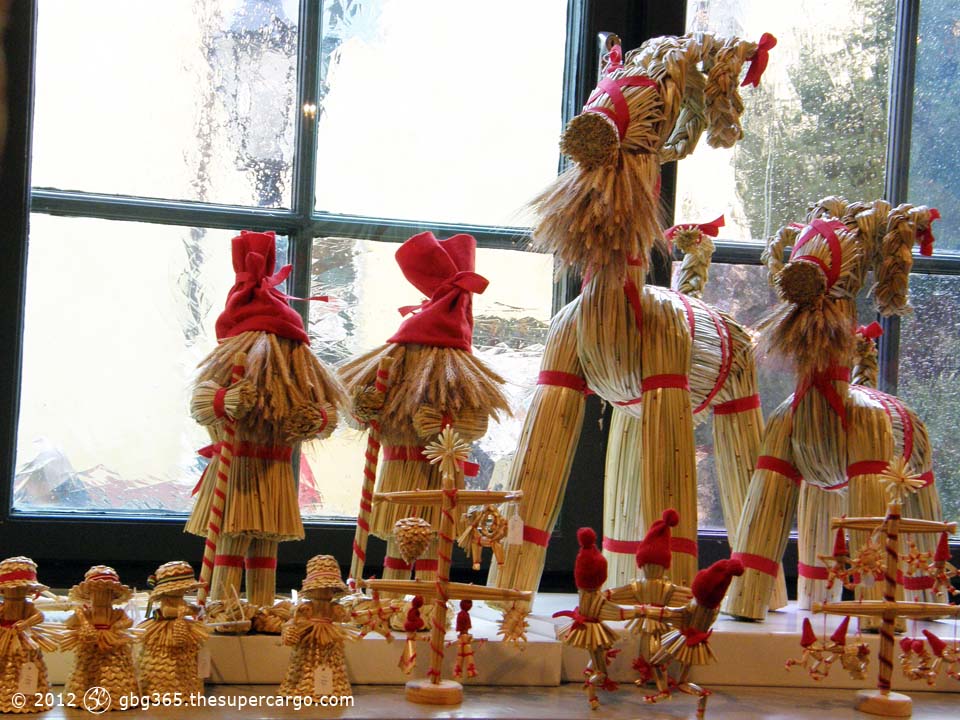 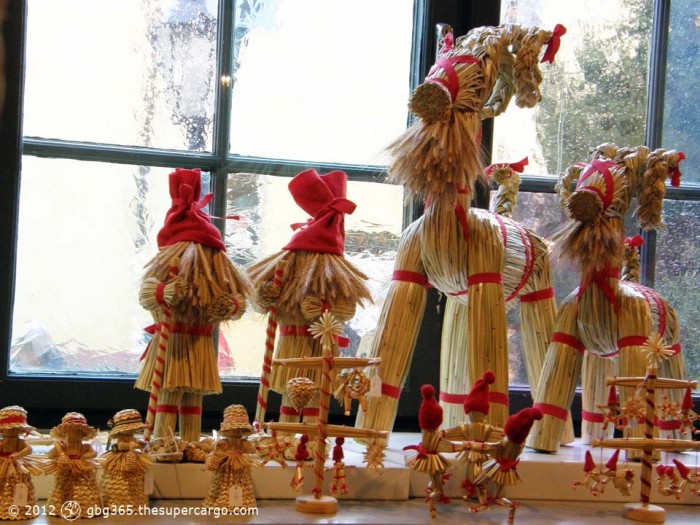 Straw men and goats – Christmas decorations at Kronhusets julmarknad from the first Sunday in Advent two years ago.

The last few days have seen a blending of new photos and photos from the archives. Yesterday’s photo was new, taken on Friday evening 28th November. Today’s is an archive photo, taken on 2nd December 2012. The reason for the archive plundering has been that I’ve not been taking so many new photos recently. I’ve known for a little while that I was going to suspend publishing this blog at the end of November and that has undermined some of my self-disciplin.

This is the final photo on GBG365. Perhaps not forever, but certainly for a long time. During the next couple of weeks I hope to wind things up with a few News posts – some statistical roundups and final galleries – but no more daily photo posts. In January I’ll be moving to Brussels for a while, so daily photos from Gothenburg would be rather difficult… though perhaps a new Brussels photo blog may come once I’m settled and have my eye in.

Let me take the opportunity now to thank all the people who have visited this site on a regular or occasional basis, and to say farewell – for the time being!