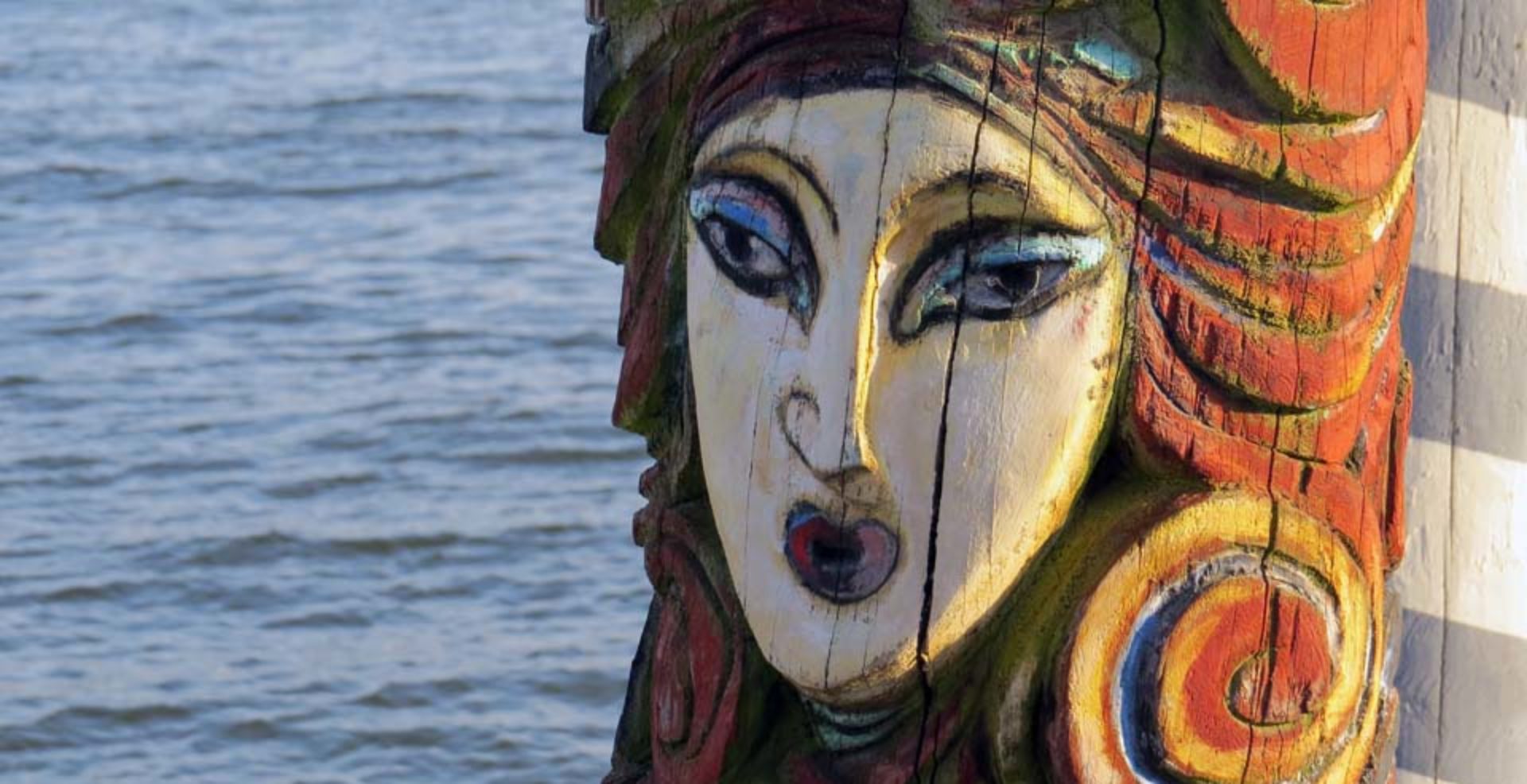 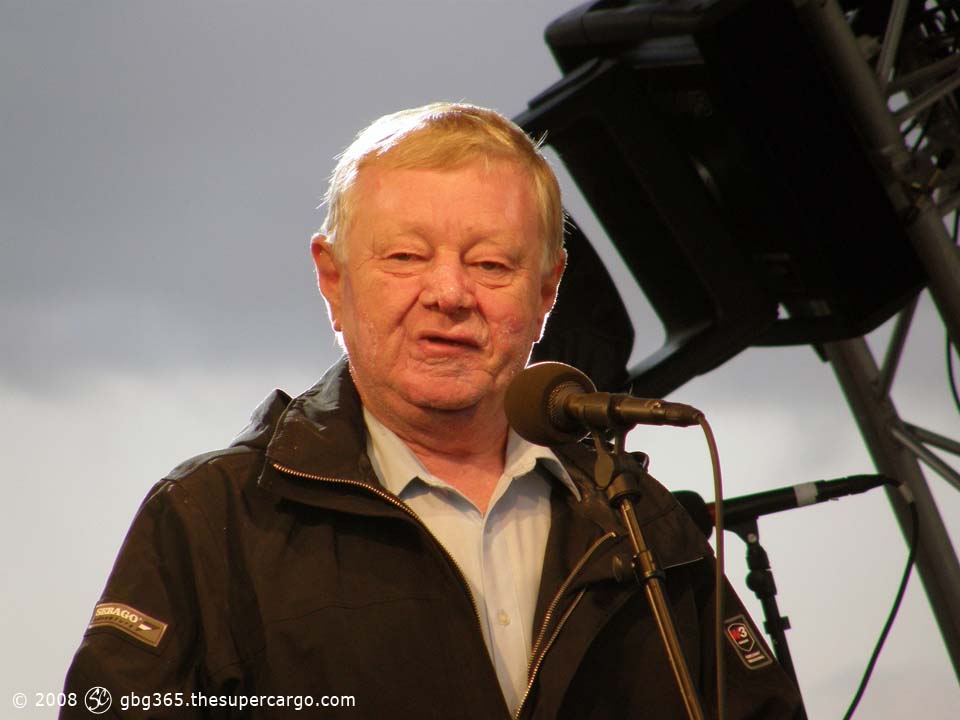 Yesterday after a longer illness and at just 69 years old, the former “strong man” of Gothenburg, Göran Johansson passed away. That seems like a good reason to republish this portrait of him. I took this picture on 4th October 2008 when he took part in celebrations for the 100th anniversary of Keillers Park. The picture was originally published here on 2nd October 2012.

In his time and within Sweden Göran Johansson was one of the most well known of Swedish local politicians. He sat in the Gothenburg City Council for the Social Democratic Party for 37 years and was for 19 years the Council’s Chairman – effectively the Mayor of Gothenburg. He never achieved great international recognition (though, as Wikipedia records, he was in 2008 longlisted for the World Mayor award).

Immensely popular, charismatic and effective in debate, he had the reputation of getting things done. He said of himself “If you are going to be a leader, you must want something. I could sit here and shuffle paper but then I wouldn’t get anything done.”

Over time, his leadership style affected the way Gothenburg politics was run, and while no one believes Göran Johansson himself was corrupt, “the Gothenburg spirit” has a corrupt, darker side that some blame him for fostering. His style also made him made enemies among some women politicians beyond and within his own party.

Nevertheless, he remains someone very many Gothenburgers looked up to, regardless of political ideology. A Book of Condolences was opened late yesterday in the City Hall for Gothenburgers to write in, and the local press reports a steady stream of visitors coming to pay their respects. 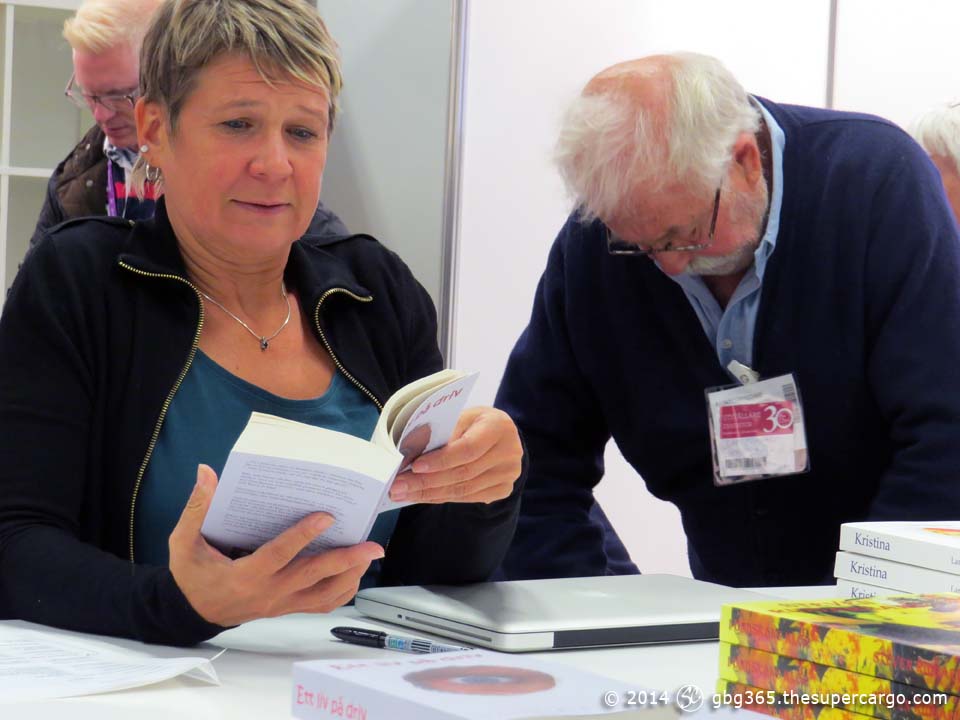 The day before the Book Fair started we were setting up. Here Helene Kolseth – author of Mål som motivera (Goals that motivate) and a member of the board of Egenutgivarna – dips into Lelle Björklund’s Ett liv på driv. Behind, Tobias Åkerman and Lars Hansare are unpacking books.

During the course of the Book Fair, a number of the Egenutgivarna authors were interviewed at the stand. Here Sverker Snidare, author of Den tretonde messias (The Thirteenth Messiah) is being filmed by Mats Ekman, himself author of Growin’ Leaves. In the screen of Mats’ videocamera you can just make out the interviewer, Hans Hirschi.

On the final day of the Book Fair, when things had calmed down a bit a couple of fantasy authors found time to talk with one another. Left, Hanna Höglund, who has just debuted as an author with Ljuset som var dolt (The Light that was Hidden). Right Caroline Hurtig author of Månfolketsland (The Land of the Moon People) and Ödesguddinansval (The Choice of the Goddess of Fate).
… END_OF_DOCUMENT_TOKEN_TO_BE_REPLACED 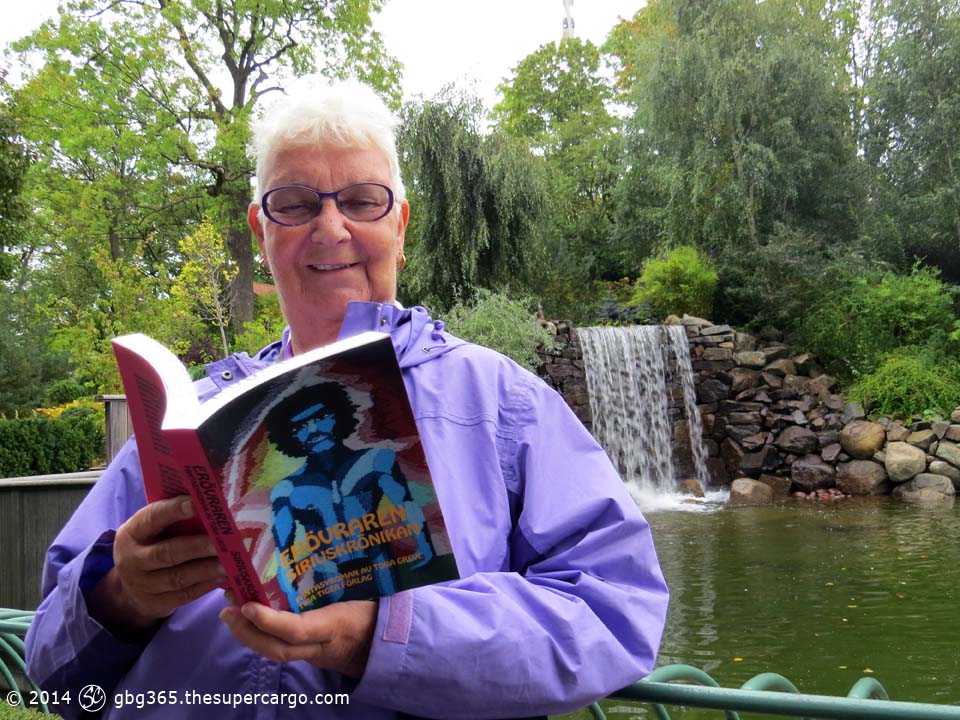 The last of my author portraits from this year’s Gothenburg Book Fair, this is Tora Greve with her latest science fiction novel Erövaren (The Conqueror) – the first in a projected series, The Sirius Chronicles. Tora is also a textile artist and the cover of her book shows a tapestry she made as an illustration. Photo taken in front of the Liseberg waterfall across the road from the Gothia Towers hotel. 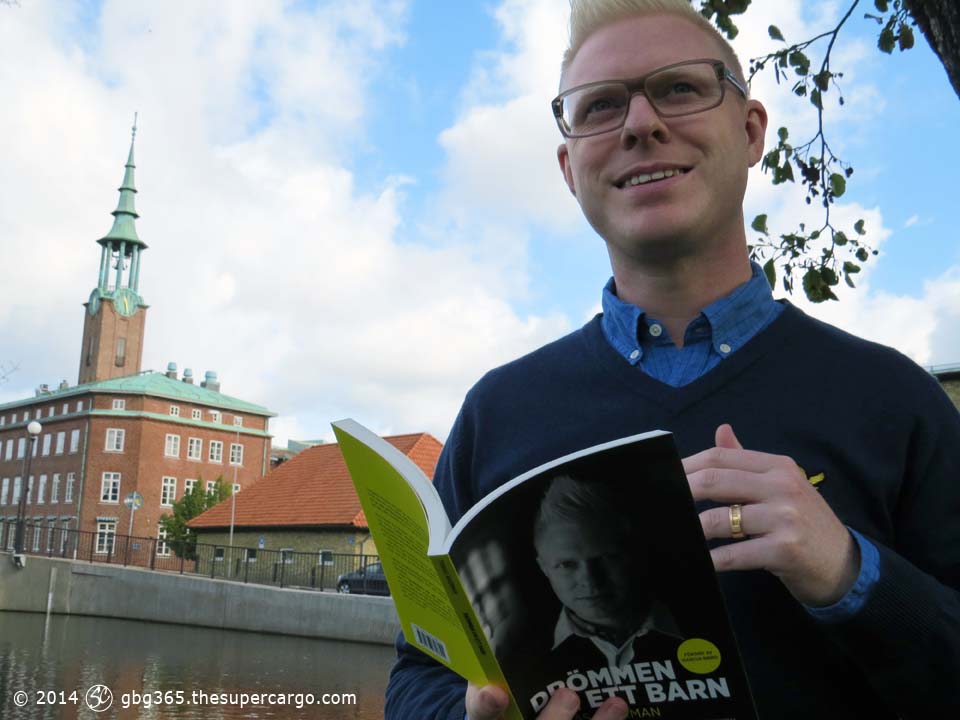 Today’s indie author is Tobias Åkerman who came to the Gothenburg Book Fair to pesent his book Drömmen om ett barn (The Dream of a Child) about involuntary childlessness. Photo taken by Mölndal Stream outside the Exhibition Centre. 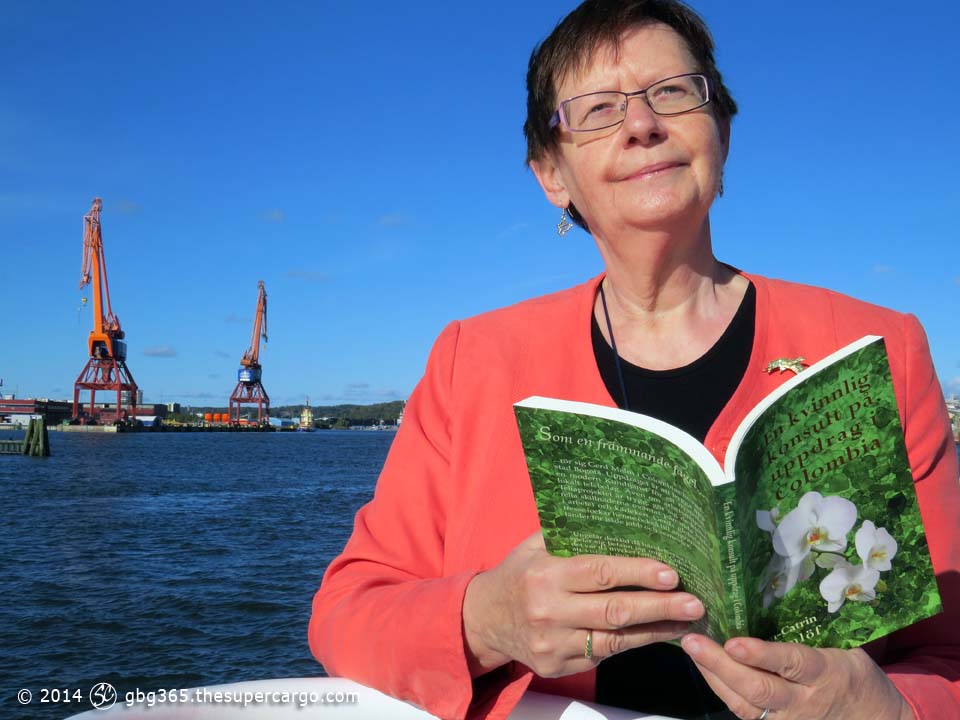 Today’s author is Ann-Catrin Malmlöf who is attending the Book Fair to promote her latest novel based on her own experiences as En kvinnlig konsult på upppdrag i Colombia (A Lady Consultant on Assignment in Columbia). Photo taken at the Rosenlund ferry stop. 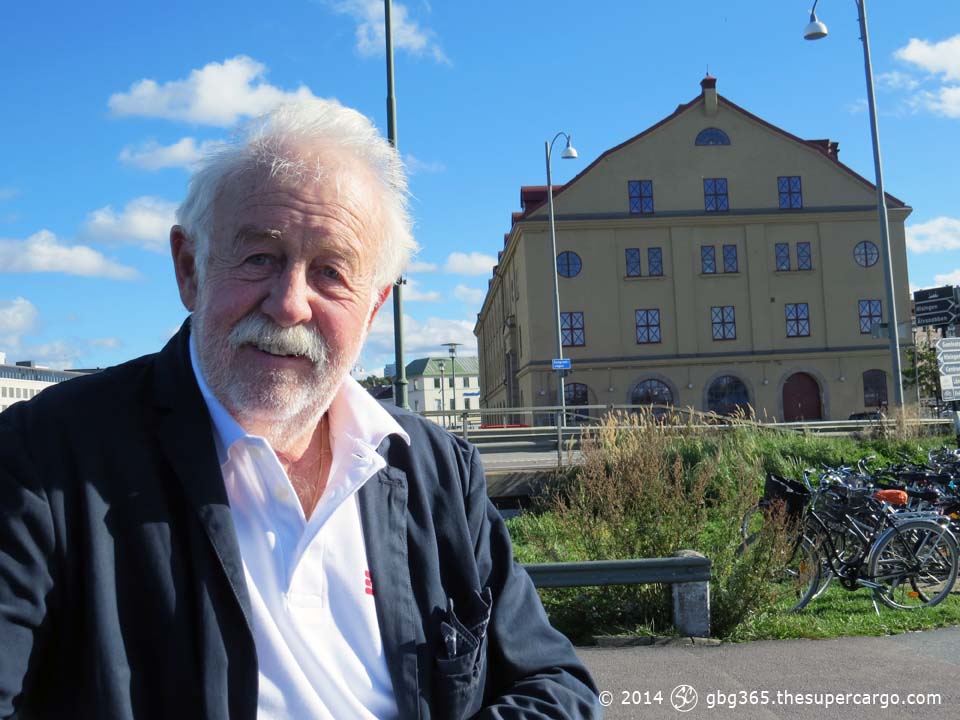 Author Lars Hansare presented his novels this morning at Litteraturhuset Gothenburg in the series of breakfast presentations organised there by Egenutigvarna. 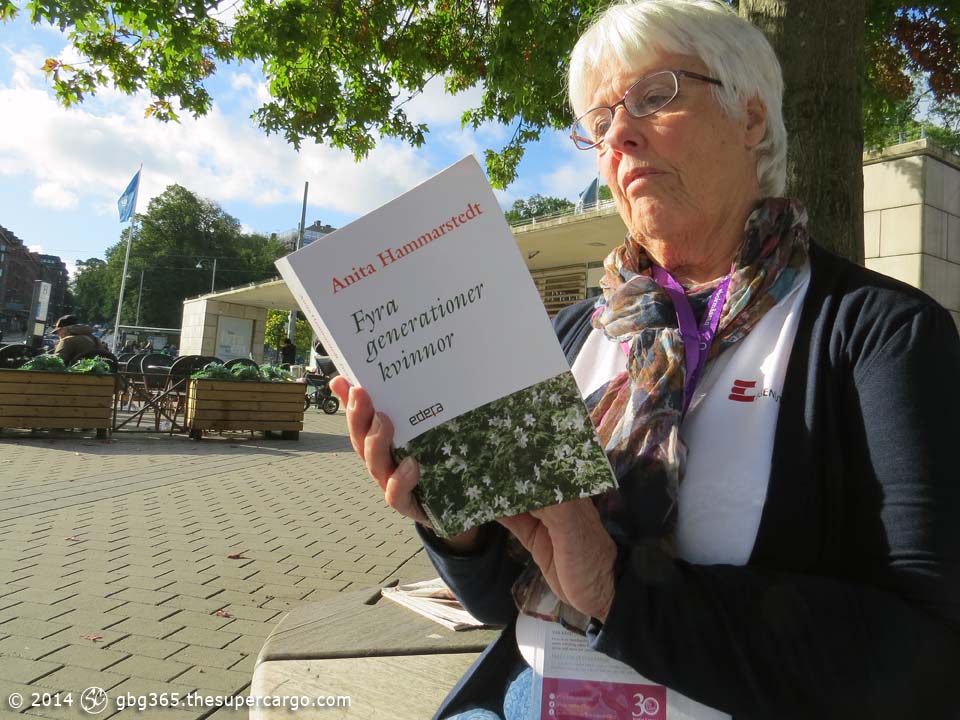 Today’s author is Anita Hammarstedt who is taking part in this year’s Gothenburg Book Fair to promote her book Fyra generationer kvinnor (Four Generations of Women), an account of the lives and fate of four generations of women in Anita’s own family over 150 years. This photo taken today in the morning sun at Korsvägen.